The University of California -- Riverside investigates the implications of electronic cigarette use on nerve cell development.
Lior Raz-Farley
Follow

More specifically, stem cells have intense reactions to drugs, such as nicotine. When exposed to doses of nicotine, the cells' mitochondria undergo "stress-induced mitochondrail hyperfusion" (SIMH), which by forming clusters, acts as a protective mechanism. Even short-term use of electronic cigarettes can induce SIMH.

The graphical abstract, provided by the study and shown below, illustrates the stem cell mitochondrial responses to different levels of nicotine.

The levels of nicotine in electronic cigarettes are also enough to cause an influx of calcium into the mitochondria that cause them to expand and potentially break. Although SIMH is meant to increase the resilience of mitochondria, the infiltration of calcium poses a large threat to these cells.

Especially during development, these stem cells transform into astrocytes and neurons. However, the ingestion of nicotine not only impairs development but can shorten one's life span and increase one's chances of developing a neurodegenerative disease. 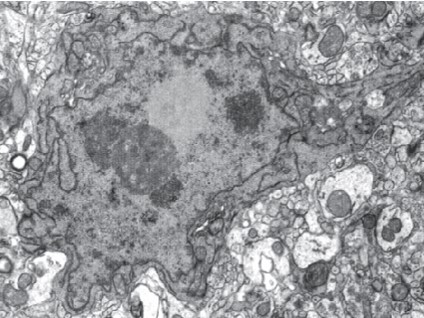 The University of California -- Riverside investigates the implications of electronic cigarette use on nerve cell development.