The infant was born at 34 weeks’ gestational age, and did not require ventilation, although he was on oxygen for a short period of time. The infant, now 38 weeks’ corrected gestational age, has continued to struggle somewhat with feeding. He is rather large for his gestational age and continues to require a rather high rate of glucose infusion. You note that he does not have hepatomegaly. His most recent serum glucose level was 76 mg/dL, and he continues to receive a 12.5% dextrose concentration infusion. If the glucose infusion is stopped, serum glucose levels drift down rather quickly. The NICU providers have started an evaluation for hypoglycemia, and neither ketosis nor lactic acidosis has been seen.

What class of disorder is most likely the cause of this patient’s hypoglycemia? 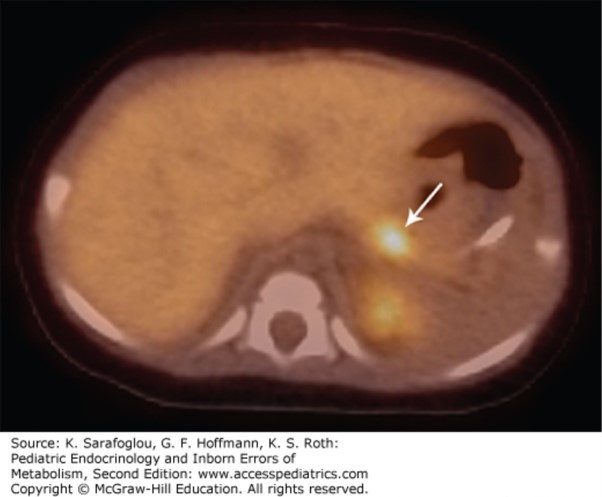 You are asked to see a formerly premature male infant in the neonatal intensive care unit (NICU) for hypoglycemia.