The FDA recently approved Retacrit (epoetin alfa-epbx), a biosimilar to Epogen and Procrit (epoetin alfa) for all indications of the reference product.  Epoetin alfa was initially approved in 1989 for anemia associated with chronic renal failure. Additional broad indications for anemia related to cancer chemotherapy, zidovudine use in HIV infected individuals, and to reduce the need for transfusions in individuals undergoing elective surgery soon followed. Darbepoetin, the pegylated and long acting form was approved in 2001.  Clinical trials conducted after approval of Epoetin and Darbepoetin actually demonstrated decreased survival in both patients with cancer and chronic kidney disease related to an  increased risk of tumor progression,  myocardial infarction, stroke, venous thromboembolism, and thrombosis of vascular access.  This led to the FDA issuing a risk evaluation and mitigation strategy (REMS) in 2010 and a number of restrictions on the use of these medications, including hemoglobin targets well below normal.   The REMS was lifted in 2017, after the manufacturer showed that Epogen was being used according to the product labeling.

An abbreviated licensure pathway for biosimilars through the Biologics Price Competition Act was created by Congress in 2009.  For licensure as a biosimilar, the FDA requires a more rigorous and comprehensive evaluation, including analytical validation, animal studies and clinical trials, than for generic drugs which usually require only a single bioequivalence test.    Retacrit was the 10th biosimilar approved by the FDA and is now included int the "Purple Book" that lists biosimilar and interchangeable biological products licensed by the FDA.

Additional information about Epoetin and Darbepoetin can be found in the Top 300 Pharmacy Drug Cards.  If you or your institution subscribes to AccessPharmacy, use or create your MyAccess Profile to sign-in to the Top 300 Pharmacy Drug Cards.  If your institution does not provide access, ask your medical librarian about subscribing. 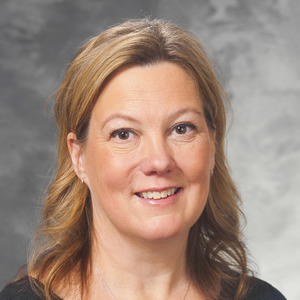 Business Skills for the New Pharmacist

Christopher M. Bland
AccessMedicine Network
We use cookies to help improve your experience. By continuing to browse our website you are consenting to our use of cookies.
Learn more