Scenario: A 43-year-old male presents with reports of generalized neck pain and stiffness 9 days post motor vehicle accident. The patient was traveling approximately 30 miles per hour when his vehicle collided with another vehicle. The patient received cervical spine and open mouth radiographs in the hospital emergency department revealing no abnormalities. Currently, cervical range of motion is limited in all directions with axial cervical spine pain. Hypertonicity is noted in the cervical musculature particularly bilateral sternocleidomastoid and scalenes. Instability testing is negative but craniocervical flexion testing reveals impaired longus colli and capitis control with movement generated by anterior scalene and sternocleidomastoid. Encouragement and education appears to help the patient increase cervical spine movement.

Question: What are some other anatomical cervical structures besides muscles that are likely injured during whiplash?

Answer with rationale: D. Joint capsules, ligaments, zygopophyseal joints, neurovascular structures. Joint capsules may experience unusual and damaging compression or bulging. Ligaments can be acutely stretched or partially torn due to high impact forces. Zygopophyseal joints may experience high force gapping followed by immediate compression and can experience fracture. Neurological and vascular structures can be impaired through impingement, compression, or from other aspects of the high velocity forces being applied.

For more information see Chapter 144: Whiplash in The Color Atlas of Physical Therapy 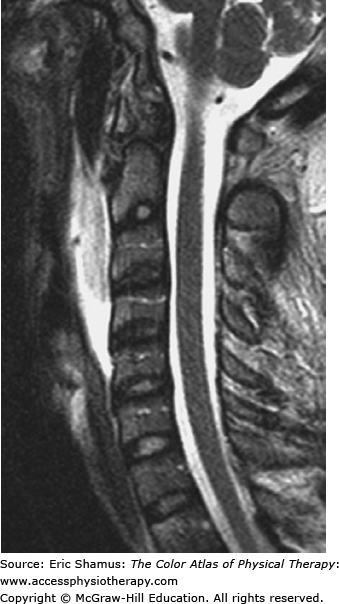 Question on a patient that has Whiplash