Scenario: A 17-year-old female is studying long nights for college entrance examinations. She is not involved in any other activities presently, but rather spends all of her spare time on the computer reading or studying. After about 2 hours of studying she notices a tight feeling at the base of her skull and a dull headache pain. Over the next 30 to 45 minutes the pain intensifies and she has to lie down to get any relief. The frequency of these headaches has increased over the past 2 months making it increasingly more difficult to study for her examinations. This is causing her a great deal of anxiety. During the interview with this client, the physical therapist notes that she has a forward head and rounded shoulders.

Question: What muscles would the physical therapist want to prioritize to work towards repairing the patient’s forward head posture and rounded shoulders, which contribute to the myogenic headaches? 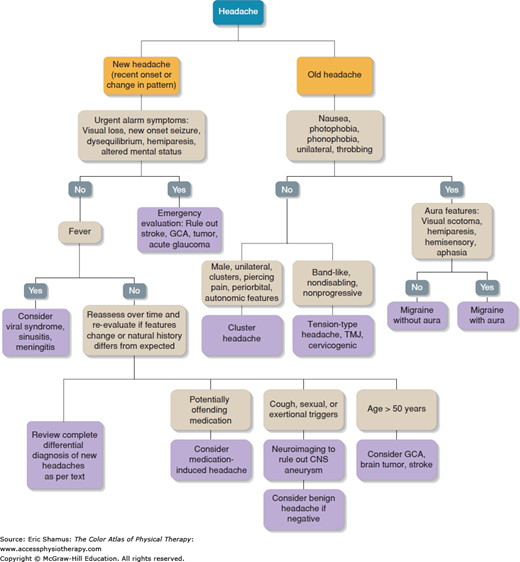 Question about a patient that presents with a Myogenic headache