A 5-day-old infant boy presents to the emergency department 30 minutes after what his mother describes as a seizure.
Leah Carton
Associate Editor - Pediatrics, Dermatology, Geriatrics , McGraw Hill
Follow
Like

She states that he abruptly stiffened for a few seconds, then “his eyes rolled back.” This was followed by a period of sleepiness from which he seems to be recovering. He was born at term, there were no pregnancy or delivery complications, and he has done well since birth. On physical examination, he weighs 4.1 kg and appears to be a healthy infant. He is irritable but consolable. Shortly after an IV catheter is placed and his blood is sent for laboratory studies, he begins to seize. He is given a 0.4 mg IV dose of lorazepam, to no avail. The laboratory technician calls with a critical value: his calcium level is 5.2 mg/dL. There are no other critical values. He continues to seize.

What is the next most appropriate step in this child’s management?

B. Give a 20 mg/kg IV loading dose of fosphenytoin.

C. Give a dose of IV calcium gluconate.

D. Repeat a blood draw for an ionized calcium measurement.

E. Give a dose of IV calcium chloride.

The correct answer is “C.” Although giving another dose of lorazepam or a loading dose of fosphenytoin are appropriate therapies for a seizing child, this infant’s seizure is most likely caused by hypocalcemia. The treatment of choice for a newborn with symptomatic hypocalcemia (seizing, irritable, or both) is 100 mg/kg of IV calcium gluconate given over a 10- to 20-minute period. Seizures resulting from hypocalcemia are unlikely to stop until the serum calcium level has been normalized. IV calcium chloride would be appropriate if it was more readily available than calcium gluconate, but calcium chloride is less desirable given a greater propensity for venous and local tissue destruction. The ionized calcium level is a more accurate measure of the physiologically active form of calcium in the serum, but given a markedly low calcium level in an actively seizing newborn, the next best step in management would be to administer calcium intravenously in an attempt to stop the seizure. Confirming that the infant’s calcium level is indeed low is necessary, but given the presented information it would be reasonable to assume that his measured calcium level was accurate and to proceed accordingly. If the infant was not symptomatic, an ionized calcium measurement would be the next step. Do not forget to investigate why the infant is hypocalcemic after you stop the seizure. Acute-onset hypocalcemia can cause seizures, as in this infant, along with a range of clinical manifestations. 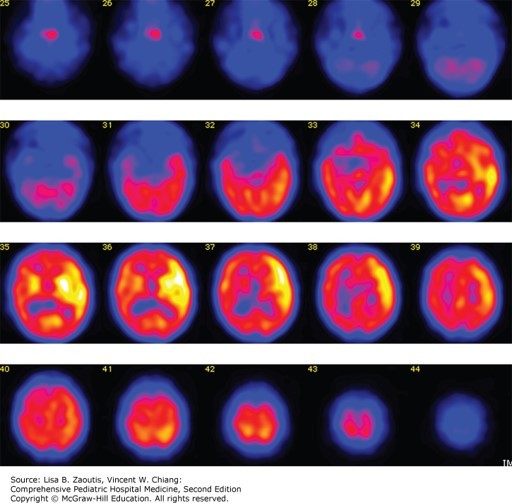 A 5-day-old infant boy presents to the emergency department 30 minutes after what his mother describes as a seizure.