Scoliosis. Examination of the spine from different positions (posterior, anterior, and lateral) and from the side in sitting and in standing with forward bending is critical. With a good eye, one will typically be able to see about 10 degrees or more of curve, but rotatory components and significant curve in an obese patient may be more difficult. Leg-length differences may be either real or apparent due to pelvic asymmetry. Postural changes including pelvic tilt or obliquity should be noted. Flexibility and symmetrical postural variation such as excess lordosis and kyphosis should be described.

The Vertebral Column and Meninges Surrounding the Spinal Cord Diagnosis 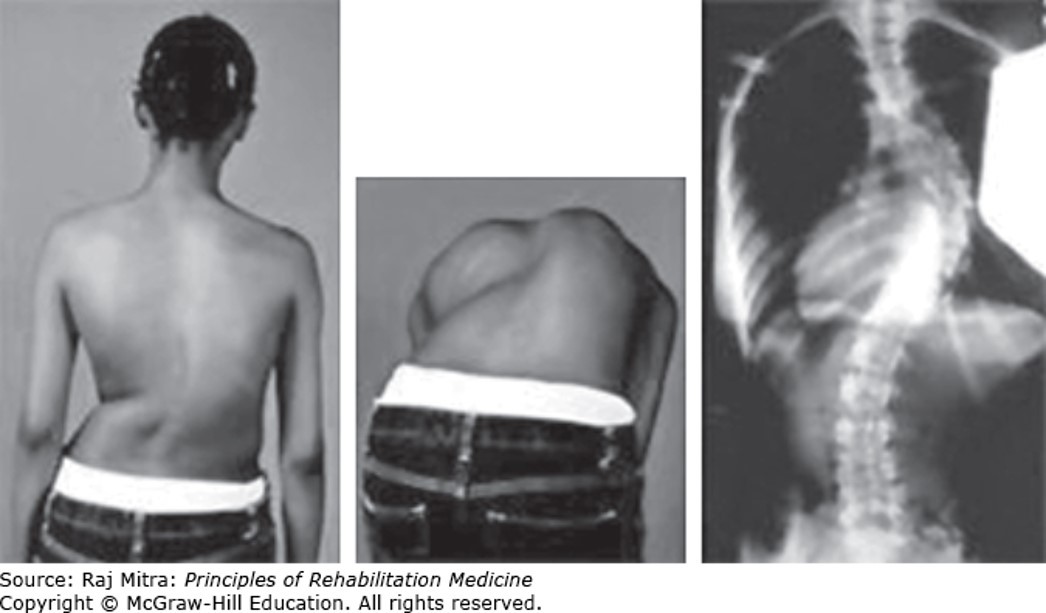