The age-standardized rate of death from drug overdose has more than tripled, from 6.8 per 100,000 persons in 1999 to 20.8 per 100,000 persons in 2016.  There is also a severe shortage of organs in the United States, with approximately 120,000 patients on national waitlists and only 10,281 donors in 2017.  Historically, organs from trauma deaths have demonstrated the best outcomes, while overdose deaths are often designated as increased infectious risk donors (and discarded), due to behaviors that increase the risk of HIV, Hepatitis B and Hepatitis C.  Using registry data that tracks transplant outcomes, Durand and colleagues recently demonstrated that 5-year patient survival and overdose death organ recipients and trauma death donors was similar and suggesting that organs from drug overdose deaths should not be discarded based on increased infectious risk.

Vaduganathan and colleagues evaluated trends in organ donation and transplants among drug overdose deaths.  Between 1999 and 2017, 37,232 hearts were recovered for transplants.  In 1999, only 1.5% of donors had died from drug overdose, while by 2017, 17.6% of donors had died from a drug overdose, a more than 11 fold increase.  The authors concluded that this large increase can not be explained by the increased number of deaths alone, and that targeted campaigns promoting organ donation in populations affected by opioid abuse and changing perceptions about the acceptability of these organs by transplant physicians are also contributing.  However, the total number of individuals dying of a drug overdose who become an organ donor remains small, less than 1%.

Additional information about naloxone and opioids  can be found in the Top 300 Pharmacy Drug Cards.    If you or your institution subscribes to AccessPharmacy, use or create your MyAccess Profile to sign-in to the Flash Card section.  If your institution does not provide access, ask your medical librarian about subscribing. 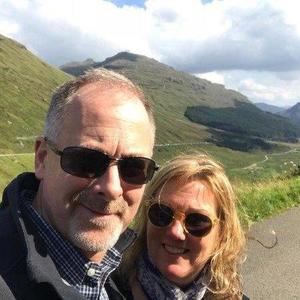 Negotiating with Other Health Professionls
AccessPharmacy Channel, Pharmacy Management Tip of the Week

Negotiating with Other Health Professionls