The second component of wound bed preparation as defined by the T/DIME paradigm is treating the infection and or inflammation, the first step of that component is recognizing infection and how it differs from inflammation.  Obviously, the most important difference is the presence of enough microbes in the wound bed and periwound tissue that healing is drastically impaired.  All wounds have some contamination; however, it is the number of bacteria, the kind of bacteria, and the condition of the host that determines the presence of “infection” and whether the patient requires systemic antibiotics, topical antimicrobial dressings, or plain dressings.

Terms defining the presence of bacteria on a wound bed are the following:

Signs of infection are the following:

Management of infection includes debridement of the infected tissue, which is done by sharp or surgical debridement, in conjunction with the appropriate antibiotics.  Selection of the topical antimicrobial is predicated on the amount of exudate, patient allergies, size of the wound, presence of tunneling and undermining, and availability.  Silver has become one of the most prevalent, frequently-used antimicrobial agents in recent years due to its broad spectrum efficacy, its ability to be incorporated into every delivery system (hydrogels, foams, hydrocolloids, negative pressure foams, collagen compounds), and its lack of bacterial-resistance.  Silver can, however, be cytotoxic to fibroblasts and keratinocytes when present in high concentrations (defined as >60 ppm). [ii]  After a comprehensive review of 59 studies, Khansa, et al. published the following strategies for the use of silver dressings in treating wounds with critical colonization or infection:

Other topical antimicrobials are discussed at length in the following reference: 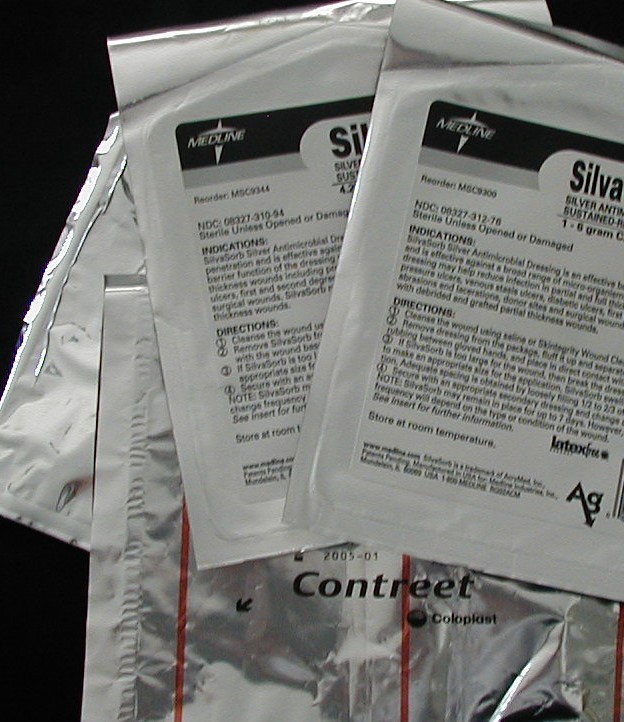 The second component of wound bed preparation is treating the infection/inflammation. Silver dressings are often used; however, specific guidelines are recommended for best outcomes.