She has no concerns other than the fact that the infant’s left eye does not seem to be as big as the right eye. On exam, you notice a very faint lid crease, eyelid lag on downgaze, barely visible corneal reflex, and poor elevation of the upper lid on the left side. The rest of the exam, including pupils and extraocular movements, is normal.

The child most likely has: 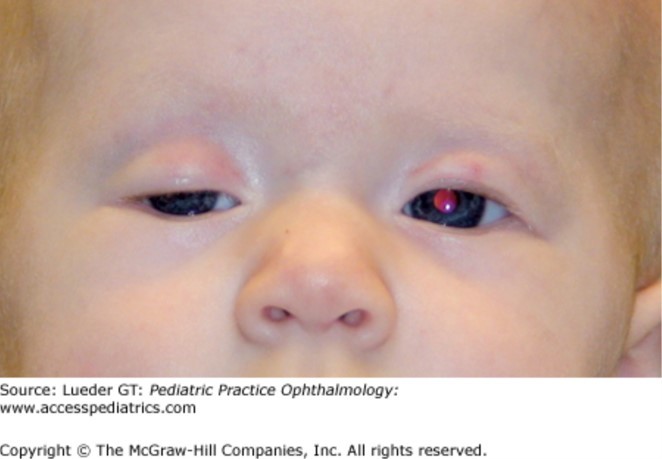 A mother brings her 4-month-old infant for a well-child visit.